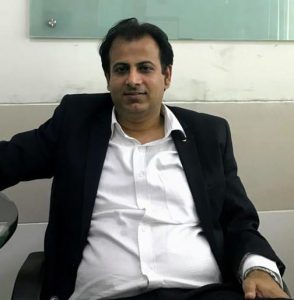 I have moved my household goods from Mumbai to Delhi on 25th June 2021 through Gurukrupa packers & movers. I would like to compliment their entire team for a seamless and professional experience with amazing delivery time of just 3 days end to end. Excellent service Gurukrupa Packers Team !! Keep shining

This is to let you know that M/S. Gurukrupa Packers and Movers is a professional team lead by Mr. Sanjay Sondagar. They have taken care of all my little things, packed them well, and shifted to my new house without any hassle. I thank the team personally and wish them all the best for their endeavours.

I moved residence from Mumbai yo Pune
The service was impeccable and considerate. The inspection was conducted in advance. The packers arrived on time. Communication was flawless. Packing was done neat and crisp. Labelling was done in a proper way to identify stuff once delivered.

I will definitely hire them again, if required.

Thanks you Sanjay ji for transferring my Scooty and bags with such care and on time as committed. Within 4 days I got my parcel delivered to my place and happy to see the packing done on my bike and bags..

I have had the rare experience of shifting my residence at least 15 times. Have utilized the services of several packers & movers. I would like to place on record the excellent service offered by Gurukrupa Packers & Movers. Their staff is well trained to pack & move your belongings with utmost care. They are very particular in taking care of your fragile items with special packaging materials. And when they open the cartons at the destination, you will not get damaged items. I recommend to all who would like to get a hassle-free service during the transfer of their personal belongings to utilize Gurukrupa’s services. Their rates are much lower compared to the rates of other packers & movers. Wish you all the best Gurukrupa for your excellent service! Pronob Mukherjee

Reliable and high integrity owners and efficient team.
They managed an intra and intercity relocation for me post-COVID. In case of the latter, they actually managed delivery through partial/full lockdown scenarios across various states without damage or much delay.
Only wish they were able to relocate my beloved plants!

I have utilised their services for moving my household goods from Bombay to Delhi.

Mr Sanjay, the owner personally overlooks the whole process and was very polite and kind enough to share the exact timeline of delivery. The team which came for packing was very courteous and they did a very good job in packing my glass items very carefully.

I was a little vary about my numerous glass objects but upon unpacking in Delhi, everything was intact and safe without a scratch or any crack.

I am very happy with Mr. Sanjay and would definitely recommend him to anyone looking to move goods.

This was our first time that we were moving to a new city to fulfill work commitments and the biggest question in our mind was how to move our home from one place to another. That is when Gurukrupa came to our rescue like a blessing. They took care of everything from packing, safe delivery and unpacking. What a professional team. They made the entire process and experience so easy and comfortable for us. Our sincere and heartfelt thanks to Sanjay bhai and his team. They go by thier motto truly. Thanks a lot once again. 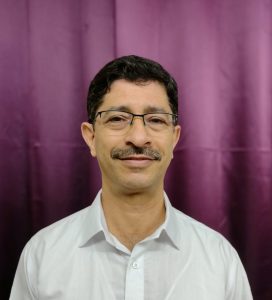 When we shifted to our new residence, we needed someone who was really good. We had antique furniture, delicate curio by the hundreds, vintage clocks, watches and the tools to repair them. This, besides the usual furniture, clothes, kitchen utensils, books, etc.

We were looking for someone who would be thorough, quick but not at the cost of damage to our treasured possessions and equally importantly would not cost us an arm and a leg. We were prepared to pay a fair rate. We contacted Gurukrupa Movers and Packers and were very satisfied with the initial discussions and gave them the job of shifting our items.

We were extremely satisfied with the courtesy of the partners as well as the efficiency of the workmen who did the packing, shifting, unpacking. All the workers, bar none, were courteous, helpful and efficient. There were three locations between which material had to be moved and once they were told which carton went where, things moved like a well oiled machine.

Friends had told us to expect at least 5% breakage and horrors, pilferage. We can state that not one single item went missing and only one small pane of glass broke, which according to an old wives’ tale is supposed to be for luck.

We highly recommend the services of Gurukrupa Movers and Packers if you are shifting residences and in fact have already used their services one more time about a fortnight after the initial move.

Yes, I have availed services of Ms Gurukrupa recently for inter city transfer of my household goods. I was adequately satisfied with their services, which was flawless.

Service was excellent, qualitative and timely.

Happy, satisfied and would recommend to all.

I had employed Gurukrupa Packets and Movers twice so far, and my experiences have been, to say the least, excellent. They have been prompt and meticulous with the whole process right from planning the interstate transports to getting every item packed carefully and thoroughly at the origin, with doorstep delivery at the destination. They are very professional in their approach and definitely offer a painless, smooth, and worry-free service.
Thank you so much

I am really happy with the services of Gurukrupa storage and shifting solutions. The entire staff was very cooperative and well behaved. As I have shifted my entire house which had hefty goods…and includes a lot of fragile crockery as well as more than 100 plants pots, I am really impressed as they handled all with precise care.
All the very best to team Gurukrupa. I have already recommended it to my family and friends. 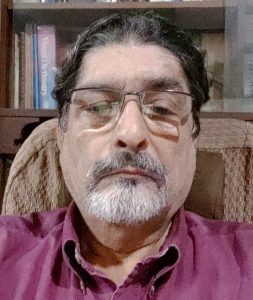 Dear Sanjay,
A couple of days back, I needed some furniture moved from my late father’s house to my house. I called you up the previous evening, hoping to get an appointment in a few days, but was very pleasantly surprised and very impressed when I was told that they could come the next day at 9 am.
The truck and the movers were there before time and were very efficient in their work. The furniture was very carefully packed with extra protection for all the glass and mirror surfaces. The cutlery and artifacts were carefully packed individually and packed into crates. All the work was very efficiently executed and the crew was always very courteous. They even agreed to go out of their way to deliver a table to a third location which was not scheduled, without any fuss whatsoever.
I would wholeheartedly recommend this crew for any shifting/moving work, without any hesitation. I was impressed with the level of courtesy and the willingness to go out of their way to please the client.
I wish you all the success that you so richly deserve.
God bless. 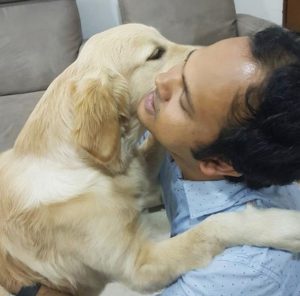 Sanjay Ji & Gurukrupa Team, The service was excellent. The term was thoroughly professional and got the job done seamlessly. Thanks a lot 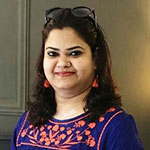 Thank you Team Gurukrupa for always being willing to lend a hand whenever required. It’s been a long time precisely 5+ years since we have been associated and Gurukrupa has always helped from inception to completion and even post-move support has always been tremendous. Just to quote a recent incident where I was stuck for a household shifting during this pandemic and was not getting any help from any of the vendors and Gurukrupa not only took over the job but delivered flawlessly. Can’t thank you enough. 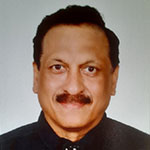 My family and I the had opportunity of availing of the services of Gurukrupa whist shifting our household items and found them to be top class in terms of packing, movement and transportation. Their management and staff were extremely courteous and co-operative and have no hesitation in recommending their name to prospective customers. 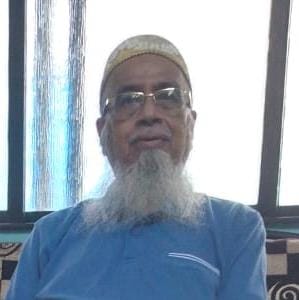 Sanjay Bhai, We don’t have any more words for Gurukrupa Storage and shifting solutions. Your service, relationship, your staff are excellent. We all pray for your hard work to grow in your business & relationship.

I am really impressed and satisfied with Gurukrupa storage and shifting solutions as I recently availed the shifting and storage services. The entire team is extremely professional and responsible as a matter of fact the staff which handled my household belongings was very well trained. Mr. Nair and Mr. Raj, who were supervising them, are impeccable attendants. they were not only keeping the track of my goods but also ensuring the quality of the work which includes proper packing and careful handling of my goods. Most importantly the packing material they used was of very good quality.

Thank you for the amazing service.

Thanks a lot to Mr. Sanjay Sondagar for his help in shifting my residence from Nallasopara to Vashi. It was tedious and I had lots of precious and delicate items to be taken care of, which they handled very personally. I am congratulating them for their efforts and wish them all the best.

The entire shifting process was really good. Gurukrupa staff handled my goods very carefully from packing to unpacking. Specially the transportation part which includes Loading and unloading was very professional and the supervision of each and every item was very syncronized with inventory.   I am very satisfied with Gurukrupa storage and shifting solutions, wishing them all the best for future.

Gurukrupa storage and shifting soultions has really made my house shifting – “A cake walk”. The entire team was well trained from management to ground staff. Ther entire process was hassle free. One of the team member Rakesh was really very helpful and well-versed. Thank you so much guys …. Would definitely recommend Gurukrupa for shifting solutions.

Gurukrupa Packers & Movers are very Professional, Quality of Work is commendable, work is carried out on a time bound manner. The staff are very courteous & hard working. I have been working with this company since last 10years and have been super satisfied with their services. Value for money, their quotes are always very competitive.
All in all I am a very satisfied customer.

The owner is very professional and so is the staff. As compared to other movers that make fraudulent promises, this one can be trusted blindly. My teak wood and glass furniture arrived in impeccable condition. The staff was polite and cooperative. They showed up on time, there were no delays. Costed me slightly more than other quotes, but I think I paid for a smooth and stress free experience.

I have recently shifted from one flat to another in the same apartment in Mumbai. My only worry was that all my household items were big and heavy and had to pass through some cramped spaces. I did not want any of the goods to get any damage and also the new flat was freshly painted, so didn’t want any dents on the walls. But Gurukrupa storage and shifting solutions made it seamless. They finished the job before the expected time and handled every thing very delegently & Professionally. It was a stress-free move. All the best to Gurukrupa team.